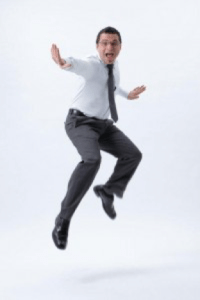 Now that 2009 is coming to an end, there is a never ending stream of news stories and blog posts about New Year Resolutions, reminiscing thoughts and of course looking back on not only the year 2009 but the decade. The 2000’s.

This decade was the first actual decade of my ‘adult life’. The 1990’s was a blur due to High School and College. The 2000’s was a decade where I ‘grew up’ and if I could sum up the entire decade I would use the word, experience.

I will do my best to summarize this experience not only for myself  but hopefully if this blog exists in 2019, I will look back in amazement.

As a disclaimer, this post is intended for my own thought recollection and personal archive of events. If you do not wish to read please just bounce away now. If you are curious, read on and I would be delighted to hear your feedback on your end of decade review.

I was married to the love of my life in the spring of 1999. So we had already been married for 9 months and had recently moved back to the Metro-Detroit area to start my new position at General Motors as a Digital Sculptor.

Nothing happened. No Y2K. No demise of computer systems. Things were the same. What a relief.

That was the year we bought our first home in Troy, Michigan. The joy of true ‘family’ began as in August 2000 we realized we were going to have a baby in 9 months.

This was a blur of a year as I lost a lot of weight and in March 2000 I discovered I had Diabetes. I was never obese, never had a history of diabetes in family, no typical signs of being a person that would have Diabetes.

The year Emma Ashley Ghiurau was born. The most amazing moment in my life second to getting married.

GM began massize cutbacks on employees and began slashing compensation for those that remained. I was blessed to remain but had a 7% paycut. With a new house, new car, new baby, financially we had to move out of the house and made the difficult decision to live with my parents until things began to look better.

I was admitted to the hospital with complications from Diabetes as I was till trying to get it under control. While at the hospital the tests showed that I needed to have my gall bladder removed. Surgery pursued.

I purchased the domain ROYOUTH.COM. After having a dream to build an ethnic Romanian Online Community. I was appointed to lead our church’s initiative to host a Romanian Youth Conference for May 2003. Using the internet to market, promote, and connect youth was a perfect opportunity to launch ROYOUTH.COM

I began a “Youth Worship Team” at our church Bethesda Romanian Church.

This was the year of ROYOUTH.COM. It began to grow with over 1,000 members for this online community by the beginning of 2003.

I was admitted once again to the hospital and stayed a few days due to complications from Diabetes. The doctors said my pancreas was dead. I needed to be full time on insulin.

A day after the Youth Conference I was admitted once again to the hospital for a few days due to complications from Diabetes.

I partnered with a friend from Romania to grow a development team in Romania for JumpEye Creative Media as I was beginning to secure more web projects.

In retrospect 2004 was similar to 2003. My life was consumed by full time work at General Motors, working on ROYOUTH on and off througout the day, working with the Youth Ministry/Worship Team at our church and networking with other Romanian leaders throughout the USA, and working on growing the JumpEye Creative Media business.

Needless to say, I don’t remember much of this year as I got 2-4 hours of sleep per night. If I had some ‘free time’ to sleep.

This was the year of continued work at GM but more focus on JumpEye as the business was growing and less time was being dedicated to ROYOUTH as the community was running smoothly (handing off most day to day tasks to a team of 10-15 moderators). At the same time the traffic was not the same as in the past as other main stream Social Networking sites were beginning to emerge such as MySpace.com.

This allowed me to focus more on JumpEye to a point where by the end of 2005, I resigned from GM and chose to follow my dream of running a company full time.

This was also the year I had the opportunity to  go back to my native country of Romania for the first time since arriving as an immigrant here in 1981.

While in Romania I got a chance to see the JumpEye operations along with seeing a Diabetic Specialist Doctor, who introduced me to insulin pens. Upon returning to the USA, I asked my doctor to prescribe my the insulin pens and since then I have been able to control my diabetes and live a normal lifestyle.

This was also the year where we had an opportunity to buy another home in Macomb Township, Michigan.

It was also the year when I was ordained as a Deacon at our church to serve the Worship Ministry and the entire church body.

This year was the year of JumpEye as I worked hard to grow the company further. I had another opportunity to go to Romania. JumpEye launched multiple niche websites and internal web products.

By the end of 2006 however, from a financial and economic standpoint I had to move on and exit the company to pursue other options.

This was the year Emma also started Kindergarden. Oh how time flies.

By the end of the year we moved out of our home in preparation to move out of Michigan.

At the start of 2007 we were in transition to move to the San Antonio, Texas area. I have always been drawn to the ‘west’.

Due to my extensive experience in interactive web and strategy, BOSSdev called me to join them in helping them grow their interactive strategy, process and business.

We remained in Michigan and moved to Sterling Heights, Michigan.

I got an opportunity to travel to Ukraine to visit the BOSSdev development team.

This was the year of settling in and contemplating the ‘experiences’ that I had over the years. It was all beginning to make sense.

This was another year of blessing as I was growing at BOSSdev and continued to help where needed. I had an opportunity to travel to various industry events, conferences, and Digital Agencies, client locations in NYC, San Fransisco, Chicago, Houston, etc.

This was the year of professional networking as I began to use Social Media tools such as Facebook, Twitter, LinkedIn and other sites for business strategy.

In the fall of 2008 I was asked by BOSSdev to create the Social Media Strategy for the company for the upcoming year which led to multiple speaking engagements, panel discussions, and presentations for crowds as large as 1,000 people.

This was also the year in which I was an integral part in the annual North American/Romanian Pentecostal Church’s Convention that was being hosted by our church. This annual event is held in different locations throughout the USA/Canada and draws over 5,000 people. It was an enormous task.

We also traveled to Disney World in Florida, Arizona to see parents, and I went on a cruise for first time in my life with my Ladies to Cabo San Lucas, Mexico.

This was the year of my 10 year wedding anniversary to my amazing love and best friend.

Drawing to the close of the decade, 2009 was a year in which we continued to travel to Arizona for my brother’s wedding and Sacramento, California to visit more family.

Most of all, I went with my Ladies to Romania during the month of July. It was an amazing experience to visit our birth country together and also a chance for Emma to experience the culture, heritage and language of the country her parents were born in.

Unfortunately, due to the economy BOSSdev required to do some downsizing and I had to part ways with BOSSdev and I began to seek the next chapter from the immense experience I had accumulated over the decade.

Despite the emergence of large Social Networks like MySpace and at the end of the decade Facebook.com, ROYOUTH remained with a total member base of 30,000. This made ROYOUTH the largest ethnic Romanian online community outside of Romania.

I also launched and write for several personal blogs such as this one, SocialMediaCore.com and AugmentPro.com (both have since been closed due to focus on other objectives). As seen from this past decade, I love emerging technologies and applying them to strategic marketing and business.

Now at the end of 2009 I am in a new chapter of my life personally and professionally. If the next decade is as challenging or rewarding as this past decade, I am ready for it. All I know is that the experience I accumulated during this decade is one that will provide a solid foundation for what is to come in the next decade and beyond.